From Arles to Kyoto: the seductiveness and significance of international photography festivals.

Takeuchi Mariko (photography critic/associate professor, Kyoto University of Art and Design)
Arles, Houston, Madrid, Bamako, Pingyao … all these cities have one thing in common: they host festivals of photography. Surprisingly, even a quick tally of photography festivals worldwide comes to at least a hundred. This spring will see Kyoto added to that lineup, with the launch of the  KYOTOGRAPHIE International Photography Festival. Over 24 days starting April 13, the work of photographers/artists from Japan and beyond will be exhibited in 12 locations, including several of Kyoto’s historic buildings, with plans to stage further exhibitions more than 30 satellite venues as well. 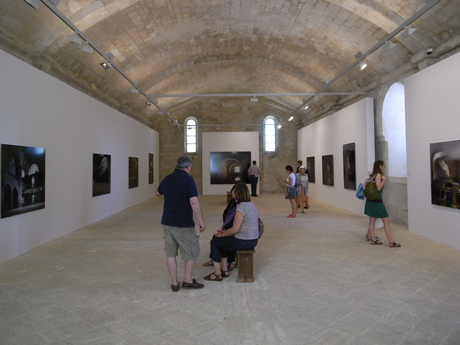 A photography festival is an integrated event combining exhibitions and workshops, talks and portfolio reviews, that could be described as a platform for photography. To trace the origin of the photography festival we must go back over 40 years to a time when photos were almost never displayed in museums or traded as “works of art.” It was during this era that a group including photographer Lucien Clergue and writer Michel Tournier started a small, hands-on festival in the city of Arles in southern France. This event, which they inaugurated for the purpose of discovering and sharing the rich cultural and artistic value of photographs, still attracts crowds of visitors from the photography sector as well as photography fans, all drawn to what is the world’s oldest photography festival. 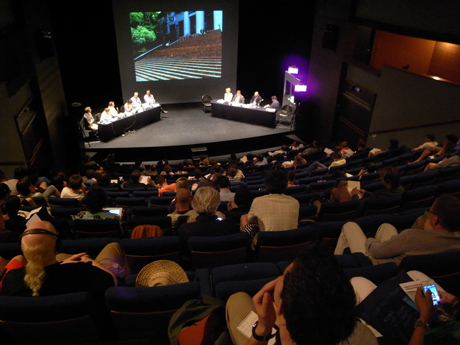 Visiting Arles in person, one gets a feel for the background underpinning this popularity. Arles is a small city given added color by its Roman ruins and medieval buildings. Peaceful and safe, in the summer holiday season it is thronged by tourists from across Europe. The streets are lined with hotels, restaurants and cafes, all within easy walking distance of each other, and thanks to the photography festival’s use of the churches, warehouses, halls and so on dotted in between, a conveniently compact and efficient meeting place is created. In fact the official name of the festival – Les Rencontres Internationales de la Photographie, Arles – actually means “international encounters with international photography in Arles.” 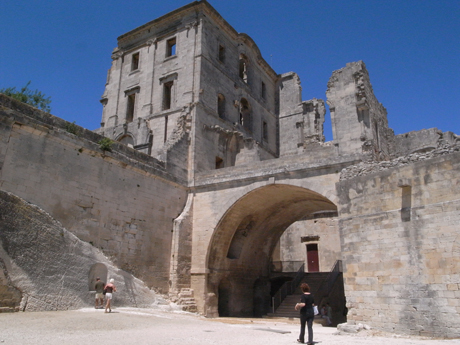 When I initially heard about the plan to stage KYOTOGRAPHIE, it was Arles that immediately sprang to mind. The importance of a full and varied program needs no repetition, but the host town itself also needs to be equipped with the infrastructure to handle large numbers of visitors, both domestic and overseas. It needs to have sufficient density to facilitate a dynamic mix of people and people, people and works. And most of all, the town needs to have its own irresistible allure, and the drawcard of a rich cultural heritage. In reality there are not that many festivals outside of Arles that tick all these boxes. In this sense, Kyoto is the ideal venue. Which is why it will be worth watching KYOTOGRAPHIE to see how it makes the most of this rare environment. 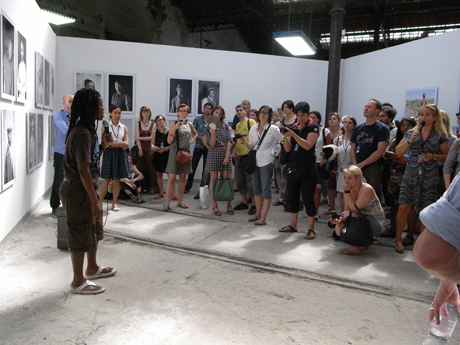 Also in reality, very few towns match Kyoto for being photographed so much on an everyday basis, or having a (largely hackneyed) image shaped by a vast number of photographs. Kyoto is a city accustomed to being caught on film. In contrast to this place so often captured on camera, that is, seen, KYOTOGRAPHIE will no doubt bring opportunities for Kyoto to take its turn to view the rest of the world through photographs, generating diverse conversations and ideas. These may include surveying and making use of the vast and historical visual archive buried in Japan’s former capital. Or ongoing collaborations with local art colleges and other educational institutions. Working steadily to sustain such initiatives, gradually we should see the development of a uniquely Kyoto approach to the concept of the photography festival.
The French word photographie is made up of the words photo meaning light, and graphie meaning drawing. Thus photographs are “things drawn by light.” Thus the name KYOTOGRAPHIE refers not simply to an opportunity to view photographic works in Kyoto; it could also mean a photography festival described by Kyoto itself. It will be intriguing to see exactly what form that description takes.