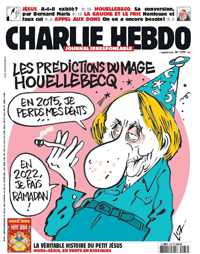 On January 7, Islamic extremists angered at caricatures of the prophet Muhammad published in the French satirical newspaper Charlie Hebdo (which, given that it is named after Charlie Brown, I would like to translate as Charlie Weekly) attacked the newspaper’s offices, killing 12 people including five cartoonists and writers, the number of victims ultimately rising to 17 (some of them Muslims) if one includes associated attacks such as the hostage crisis at the kosher superette.

Charlie is an anarchist-leaning satirical newspaper that attacks all manner of targets produced by members of the generation that experienced the civil unrest of May 1968, and, as one might assume given that its predecessor was Hara-Kiri, it is by no means a publication with a lot of good sense. Chikushi Tetsuya once described the messages that fill anonymous bulletin boards on the Internet as “toilet graffiti,” and dare I say that Charlie, too, is not dissimilar to “toilet graffiti.” However, we could also perhaps say that journalism and satire originated from “toilet graffiti” in the first place. So despite it being “toilet graffiti,” or rather because of this, Charlie must be defended resolutely.
Here, “good sense” reservation, including the principle that “in exercising freedom of speech/expression, we need to have consideration for the beliefs of others,” are of no avail. In France, it was the merciless satirizing and criticism of the Christian church as part of the ancien régime that cleared the way for the arrival of modernity to begin with (it would only be a slight exaggeration to say that if people had “taken care not to harm simple-mannered Christians,” we would still probably be living in medieval times), and Islam has surfaced as a target of satire only to the extent that the influence of Christianity has declined.
Bearing this in mind, one cannot say that it makes good sense as satire to mock one-sidedly the beliefs of Muslims, a minority inside France, and this is probably why Charlie did not receive a lot of praise. However, lowbrow satire is something that should be socially mocked (or ignored), not legally regulated in the name of “prohibiting hate speech.” In this sense, it is right that the people of France stood up for the freedom of speech and expression under the slogan “I am Charlie.” (Incidentally, the change from the “we” in “Nous sommes tous des juifs allemands” (We are all German Jews), one of the slogans of May 1968, to the “I” in “I am Charlie” is a clear reflection of the changing times.)
However, at the same time as “I am Charlie” became a kind of slogan symbolizing the unity of the people of France, incidents clearly demonstrating the double standard relating to speech and expression occurred. If Charlie‘s satirization of Islam is permitted, then the satirization of Jews and Israel should also be permitted. But the reality is different. There is a comedian called Dieudonné M’bala M’bala who has aroused criticism for a gesture that appears to be a combination of a Nazi salute and the English insult “up yours,” and who has in effect been censored numerous times on the grounds of hate speech. Dieudonné is pro-Palestine and anti-Israel, and because this stance is seen as bordering on anti-Semitism he has infringed France’s hate speech laws. After he poked fun at Charlie‘s supporters by writing on Facebook, “As far as I am concerned, I feel I am Charlie Coulibaly” (a reference to Amedy Coulibaly, the suspect in the hostage crisis at the kosher superette, during which four hostages were killed), he was detained by the police for this alone. This is clearly perverted. Certainly, like Charlie, Dieudonné did not receive a lot of praise as an entertainer, and there is something “unfunny” about his gags. But if we are going to defend Charlie then we should also defend Dieudonné, and objecting to the satirization of Judaism while condoning the satirization of Islam is none other than a clear double standard. In such a context, an ideological gap in which defending freedom of speech and expression (which in itself is perfectly correct) in effect became almost identical to criticizing Islam (or to put it the other way, to defending Judaism/Christianity) had gradually surfaced.

Let us now briefly consider the French government’s response to all this public sentiment. There are those who view the attacks as France’s “9/11,” but generally speaking it would be correct to say that the government sought to respond in a way that was different to the response of the U.S. to “9/11” under President George Bush. French President François Hollande declared, “Our enemies are the terrorists, not Muslims,” and on the occasion of the marches held on January 11 (which are reported to have been attended by 3.7 million people across the whole of France), in addition to leaders of European countries, leaders of Muslim countries were also invited to take part (Palestinian President Mahmoud Abbas and Israeli Prime Minister Benjamin Netanyahu stood alongside each other in the same row as President Hollande). Turkish President Recep Tayyip Erdoğan is notorious even in the Muslim world for suppressing free speech, while Prime Minister Netanyahu of Israel has killed numerous journalists on the Palestinian side, and so it was preposterous for these leaders to be marching in the name of the freedom of speech and expression, but this is probably the nature of political shows.
However, looking at the series of events that followed, including French Prime Minister Manuel Valls’s speech in parliament in which he went as far as stating, “It is a war against terrorism, against jihadism, against radical Islam, against everything that is aimed at breaking fraternity, freedom, solidarity,”* President Hollande’s boarding of the French aircraft carrier Charles de Gaulle as it left for the Persian Gulf to join the air strikes against IS (Islamic State) and his encouragement of the troops who were joining the “war on terror,” and the rise in the government’s previously sluggish approval rating that resulted, one probably cannot help but say that France, which was so critical of the U.S. under President Bush, was ultimately doing the same thing.
Also, conversely, while all the parties of the left and right were invited to take part in the marches, the extreme-right Front National was excluded, which ultimately can only result in strengthening the Front National’s position. Originally welcomed as part of a move towards a “multicultural society open to all,” immigrants have actually ended up being used as a cheap labor force to perform the kinds of jobs French people hate doing and have been isolated in ghettoes in what are euphemistically referred to as “the suburbs,” and many believe that it is as a result of Islamic fundamentalism assimilating the gloominess of these young immigrants that terrorist attacks like these latest ones occurred. The Front National has attracted popular support by criticizing from the extreme right the hypocrisy of this kind of multiculturalism (in particular, in contrast to Jean-Marie Le Pen, who represented the old extreme right, his daughter Marine, who succeeded him as leader of the Front National, is skilful at grasping the mood of the people with respect to such issues as immigration, and also demonstrated a shrewd global awareness by contributing an op-ed piece to the New York Times immediately after this latest incident). If indeed it ended up giving further cogency to the argument that “it is the Front National, which has been excluded from the agora of hypocritical discourse that serves the façade of multiculturalism, that is confronting and trying to resolve the real contradictions outside this agora,” then it would be difficult to describe the exclusion of the Front National as wise.
In any event, even if things in France in the wake of these terror attacks are not as bad as they were in the U.S. after 9/11, we should probably acknowledge that there has been a considerable drift to the right, and also conclude that the global current that began with 9/11 has again gathered pace. The spate of contradictions in global capitalism encapsulated in the problem of immigration has been completely concentrated into the ideological symbol of a “religious war” as the focus of the “clash of civilizations,” with the religious fervor on both the Judeo-Christian and Muslim sides having the effect of adding fuel to the fire – this despite the fact that both the immigrant youths and the Muslim fundamentalist groups such as IS that are said to have recruited them have practically no connection to traditional mainstream Islam to begin with. It appears that the 21st century is yet to discover a way to free itself from the curse of 9/11.

*To repeat by way of a reminder the completely unexceptional observation I made in the wake of 9/11, whereas war is something conducted by states, terrorism (with the exception of state-sponsored terrorism) is purely a crime and the perpetrators should be arrested by the police and put to trial. However, as a result of the U.S. normalizing such expressions as “the war on drugs” and “the war on terror,” we have descended into an astonishing state of lawlessness in which, because it is a war, it is acceptable to kill or detain the enemy without trial, and in which, because the enemy is not a state, it is acceptable to attack (by launching air strikes, for example) one’s opponents in a hostile country without declaring war on that country. It may be acceptable for civilian advocates to argue that “cases in which drug cartels and terror organizations wield power greater than that of states are increasing, and so asymmetric wars between states and such non-state entities have become necessary” in order to make the debate easy to understand, but for politicians or members of the armed forces in constitutional states to improperly use the term “war’ in such a metaphorical way and resort to the extra-legal use of force is a major problem that cannot be overlooked.
This year is the 20th anniversary of the Tokyo subway sarin attack by members of Aum Shinrikyo, a religious group that also styled itself on a sovereign state and had an organization with ministries and so on. In this sense, IS is like a larger and stronger version of Aum Shinrikyo, and like “waging war against Aum Shinrikyo,” “waging war against IS” is akin to recognizing as a state an organization swollen as a result of a postmodern delusion of grandeur. Of course, Aum Shinrikyo was not a state, and neither is IS. At the same time, it also needs to be reaffirmed that, just as Aum Shinrikyo is not representative of Buddhism, IS is not representative of Islam. 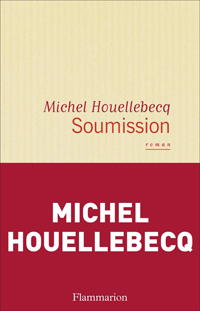